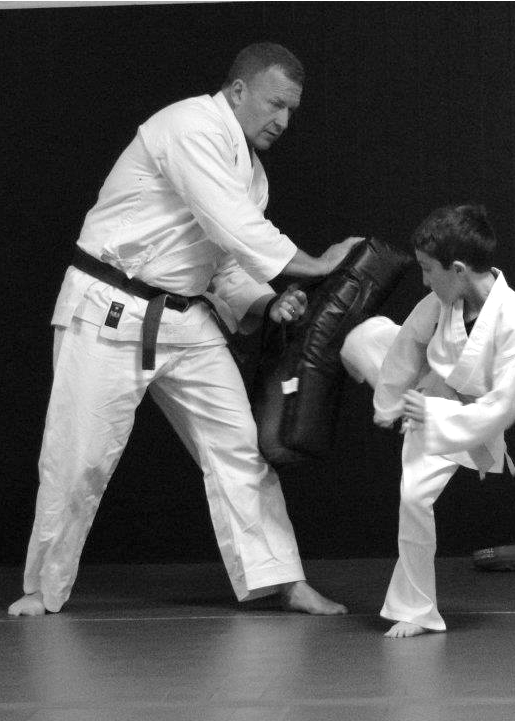 Dan Clark has been training in martial arts for over 35 years and is one of the founders of the Taijutsu Academy.  Martial arts training had a profound impact on Dan during his teenage years and he became obsessed with training and learning about the various arts that he deemed were effective.  His experience includes Hapkido, Togakure Ninjutsu, Robert Bussey’s Warrior International, and Taijutsu (essentially MMA in a system format).  Dan received his black belt in Taijutsu, black belt in Ninjutsu, black belt in RBWI, and a black belt in Hapkido.  He has studied under Dennis Clark, Suk Ki Shin, Lambert Doan, and Japan’s Hatsumi Soke & Sensei.  Dan was a multiple regional tournament in addition to winning the Gold medal at the Police & Fire Olympics for his division.  Dan has coached countless numbers of students throughout the years.  Many of Dan’s students have been placed in situations due to their careers to have to actually defend themselves or others successfully.  Furthermore, a number of Dan’s former student’s went on to compete in MMA/UFC with success.

Dan developed a Takedown and Ground Control defensive tactics system which was taught both locally and nationally.  Dan instructs students, military personnel, law enforcement officers and protection agents internationally in Combatives, Defensive Tactics, Gun & Knife Defense, and Takedowns and Ground Control.  He served as a Police Officer for nearly 24 years, was a member of the SWAT Team, and manages a company which provides close protection for the world’s most at-risk executives and their families.  Dan is a father of four and possesses a sincere passion for teaching and empowering the next generation of martial artists with a realistic self-defense and life skill set.